When you book with an account, you will be able to track your payment status, track the confirmation and you can also rate the tour after you finished the tour.
Sign Up

Or Continue As Guest

When you book with an account, you will be able to track your payment status, track the confirmation and you can also rate the tour after you finished the tour.
Sign Up
823
1 Day

Tour Description:  Join us on this Sightseeing Bus Tour: THREE CENTURIES OF HISTORY AND CULTURE, A CELEBRATION OF MUSIC, STORY-TELLING AND CULINARY DELIGHTS IN ONTARIO’S OLDEST PERMANENT EUROPEAN SETTLEMENT JOURNEY TO WINDSOR, ONTARIO, CANADA AND DISCOVER ITS CONNECTION TO FRENCH COLONIAL HISTORY.

At the end of the 17th century, The French Colony of Canada (New France) was concentrated around Quebec, Trois Rivieres, and Montreal. Threatened with British intervention, the King of France gave the order to expand westward. A few explorers convinced several hundred adventurers to risk everything to establish a new life in this area. This is the story of their hardships, accomplishments and “joie de vivre”. This is also the story of le Detroit. A body of water that connects two Great Lakes and for centuries has been a connection to many great nations.

Guided by your engaging host, you’re tour will be interrupted by time-warped characters from centuries past who find themselves thrown into modern-day Windsor. The lovely maiden, Manon, and the bumbling Coureurs de bois, Jean-Marc and Jean-Paul, will be joined by others who will accompany you on your journey to discover how we got to where we are at today. Experience life as it was in the first permanent French-speaking community west of Montreal. Glory in the architectural beauty of Assumption Church, the oldest Catholic parish in Ontario. Explore the Francoise Baby house, a museum focusing on this region’s Francophone history. Discover the wall of names, dedicated to the first 300 French Settlers along the Detroit River. Hear their music, songs and local folklore, including the mysterious tale of the Nain Rouge. Taste authentic French Canadian cuisine. The French Connection Live Action Tour celebrates the history and culture of a Francophone Community, cut off for more than 300 years from the rest of the French-Speaking population of North America.

Use the buttons below to let your friends & family know about trips you are interested in.
RateInclusionsAmenitiesItineraryPick-ups

*There is a $25 deposit is required to reserve space on the tour. Without deposit paid no seats will be saved. Final payments for all trips are due 30 days prior unless otherwise noted.

*There is an additional fee for reserved seating.  All seats not reserved are open based on first come first serve, when boarding the coach.  Please visit our Reserved Seating Page for more details

*If you are new to our company or would like more information please contact us or visit our General Policies and Guidelines page and/or our Travel Tips page. 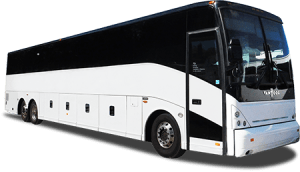 8:10am Depart Meijers 13 mile and Little Mack-30800 Little Mack Ave Roseville
Southside Parking lot in back of garden center furthest away from the building

*By booking all parties understand that the itinerary is subject to change including but not limited to; dates, times, pickup locations, meals, tour inclusions, casino incentives, locations visited, etc. without prior notice.

Please arrive 10-15 Minutes prior to departure for boarding

Furthest SW corner of the parking lot behind the library, along the grassline.

Please arrive 10-15 Minutes prior to departure for boarding

(Back of Garden Center Lot)

Directions On How To Get There From Your House – Click Here

(SW side of the lot along grass line)

Directions On How To Get There From Your House – Click Here